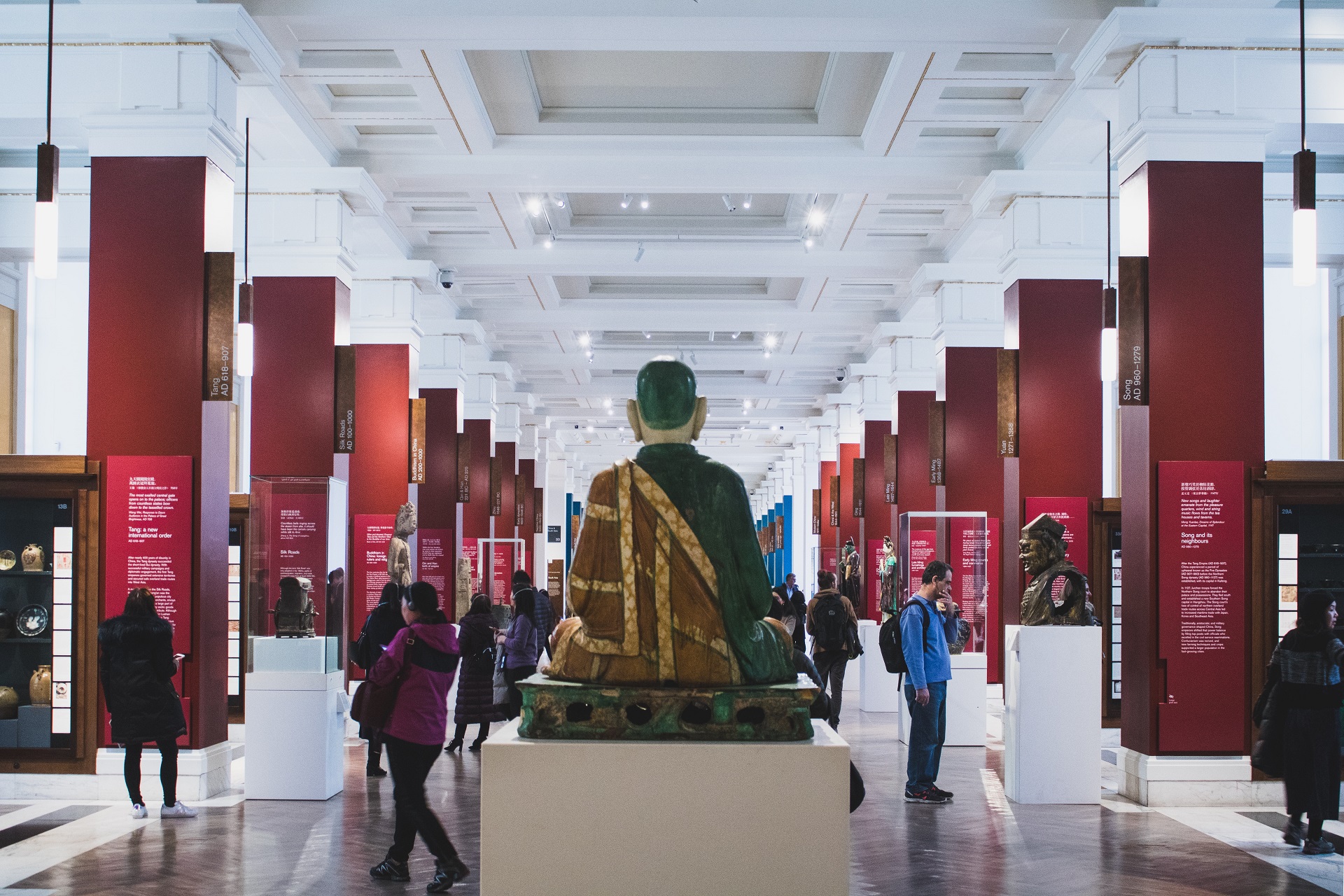 the home of British Governent

Prior to the museum’s opening, most museums were owned by either the king or the church. The British Museum was the world’s very first public museum and opened its doors to anyone who wished to browse the collection of physician Sir Hans Sloane.

Sloane spent his life collecting over 70,000 objects which he bequeathed to the nation upon his death. These objects formed the foundation of the museum’s collection. Visitors continued to flock to the museum throughout the 19th century, when the institution acquired treasures like the Rosetta Stone and sculptures from the Parthenon. During the 20th century, the museum expanded its public and educational services. Today, the British Museum continues to grow its collection and hosts over six million visitors per year.

Visitors to the museum are taken on a trip through time and around the world. Home to the world’s largest collection of antiquities from Egypt, the British Museum’s collection includes the famous Rosetta Stone, bust of Ramses II and the mummy of Cleopatra.

The Department of Greece and Rome includes highlights from the Classical world, such as two features from the Mausoleum at Hallcarnassus, one of the Seven Wonders of the Ancient World, the Parthenon Gallery, which features a surviving column and marble statues, and 23 Bassae sculptures.

Visitors to the Department of the Middle East can see over 330,000 works from Mesopotamia, Babylonia and Assyria. The Department of Prints and Drawings houses works from artists such as Rembrandt, Titian and Rubens, and the Department of Africa, Oceania and the Americas features one of the world’s greatest collections of indigenous art. Within the museum’s eight million objects, there is something that will appeal to everyone.

The British Museum is free and open daily from 10:00 to 17:30.
Special events often take place on Friday’s, when the museum remains open until 20:30.

We've found the best deals already, just enter your dates and we'll connect you with our accommodation provider

Join our newsletter and like Marvin Gaye, you'll know what's going on during the weekends down in Camden Market