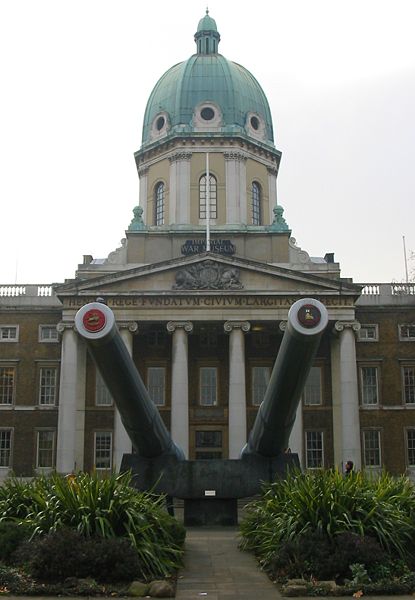 Founded in 1917 to record the efforts of the British Empire during the Great War, the museum’s current goal is to foster the study, education and understanding of modern warfare while relaying a sense of the wartime experience. This is accomplished by means of permanent displays, special exhibitions and their supporting archives. The museum collections include large objects, historic works of art and multimedia artifacts such as photographs, films and oral histories.

Visitors can delve into the complex origins of war and discover what it was like for soldiers in the trenches and those serving on the home front. You’ll feel the courage of the pilots who fought the Battle of Britain and the anguish of the Holocaust. You’ll visit the rooms where Winston Churchill and his war cabinet directed the war effort. Patrons of the Imperial War Museum will hear thrilling, yet emotional, sagas of survival, loyalty and separation.

Originally contained in the Crystal Palace at Sydenham Hill, the museum opened in 1920. The war museum relocated to South Kensington’s Imperial Institute before moving to its current location, Southwark’s former Bethlem Royal Hospital. The Imperial War Museum has since grown to a grouping of five locations in London, Duxford, Manchester, Whitehall and the HMS Belfast, a historic ship docked on the River Thames.

These locations, with the exception of HMS Belfast, have various hours of operation.

The Imperial War Museum locations in and around London include the main location served by the Lambeth North, Waterloo and Elephant & Castle tube stations, the HMS Belfast that utilizes the London Bridge and Tower Hill stations and the War Rooms, which are a short walk from Westminster and St. James Park stations.