The Victoria and Albert Museum

The Victoria and Albert Museum contains close to 5 million objects within 145 galleries dedicated to four categories of the decorative arts and design. 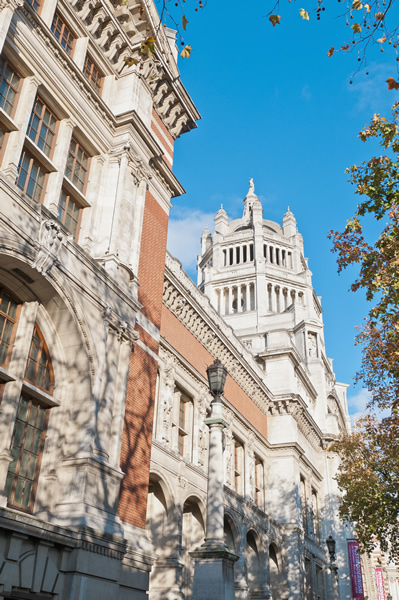 The Victoria and Albert Museum, also called the V&A, is named after Queen Victoria, the monarch of the United Kingdom and Ireland from 1837 to 1901, and her husband, Prince Albert, who died in 1861.

It contains close to 5 million objects within 145 galleries dedicated to four categories of the decorative arts and design.

The V&A, an offshoot of the Crystal Palace Exhibition held in Hyde Park, London, for six months in 1851, did not move its first collection into its present structure until 1857 and was not named the V&A until 1899.

The holdings of each of the collections are extensive; you can’t go wrong picking any category that strikes your fancy. Besides the sheer variety of the collections, a brief list of some exhibits over the last few years will give you a flavor of what is offered by the V&A on a regular basis:

The collections of the Victoria and Albert Museum cover over five thousand years of art and design, the heart of culture, with examples from all over the world. Anyone who is taken by the beauty of objects d’art will be enthralled by what can be found in the V&A.

Admission to the Victoria and Albert Museum, situated on over 12 acres in the Brompton District of London, is free, though some events and exhibits may have a fee. The Museum opens its doors at 10 AM every day of the year except for December 24, 25 and 26, and closes at 5:45 PM except on Friday when the Museum closes at 10 PM, though only some galleries may remain open the entire evening.

The closest stations of the London Underground are South Kensington, five minutes away, and Knightsbridge, ten minutes away.